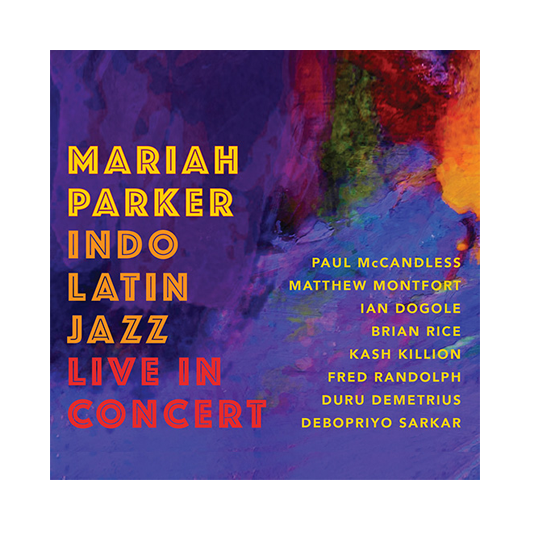 Update Required To play the media you will need to either update your browser to a recent version or update your Flash plugin.

Six Weeks on JazzWeek Chart and #22 on ZMR World Chart!

In 2009 Mariah and her Indo Latin Jazz Ensemble performed their debut concert to a full house at Yoshi’s in Oakland. Indo Latin Jazz Live in Concert captures the magic of that first performance as well as subsequent concerts at Berkeley’s Freight & Salvage, the Throckmorton Theater in Mill Valley and Bob Weir’s TRI Studios in San Rafael. These multi-track live recordings were painstakingly mixed and mastered by veteran Ancient Future producer Matthew Montfort over a seven year period.